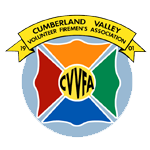 Hagerstown MD, March 10, 2010- Reckless and inappropriate conduct by a small minority of the nation’s fire service is eroding the high moral ground occupied by firefighters says a White Paper sponsored by the Cumberland Valley Volunteer Firemen’s Association, (CVVFA) a century-old organization dedicated to enhancing communication and continuing education among the fire service.

The contents of the White Paper represent a distillation of several fire service leadership meetings that identified a series of social, cultural, and ethical issues impacting the fire service nationwide that demand increased awareness.

The White Paper is intended as a wake-up call to the fire service. The detrimental impact from fire service members that engage in unethical, im­moral, inappropriate, criminal, or other activities reflects back not just to these individuals, but to their departments and communities, and to the fire service as a whole.

Recognizing that the actions of a small minority of bad actors can have grievous widespread consequences, the fire service as a whole must be increasingly vigilant in policing itself. Through a combination of enhanced and improved internal controls, increased vigilance, and greater acceptance of personal responsibility perhaps including, but not limited to, abiding by a Code of Ethics, the fire service can ensure that it remains true to its roots and heritage of protecting and serving this great nation.

The Fire Service Reputation Management White Paper clearly identifies these individuals and behaviors in a clear and cogent manner, articulates some excellent solutions, and clamors for a Code of Ethics as the next logical step for our profession. We may never have the op­portunity again, and I urge all fire service leaders to develop, establish, disseminate, abide and enforce a Fire Service Code of Ethics” said Kelvin Cochran,

Copies of the White Paper are available at www.cvvfa.org . In the next several weeks the CVVFA will launch www.firefighterbehavior.com a website that will chronicle inappropriate conduct by members of, the fire service. The website will serve to raise awareness of danger to the reputation of the fire service and will advocate for a code of ethics and standards for proper behavior.

About the Cumberland Valley Volunteer Firemen’s Association: Established in 1901 the CVVFA provides firefighters and other emergency responders with Training, Leadership, and Fraternalism. The Association created the Emergency Responder Safety Institute in 1999 to address dangers responders face on the roadways. Much of that work is carried out through its nationally recognized website www.respondersafety.com.

This message is only visible to admins:
Problem displaying Facebook posts.

Error: This Page access token belongs to a Page that has been deleted.
Type: OAuthException
Code: 190